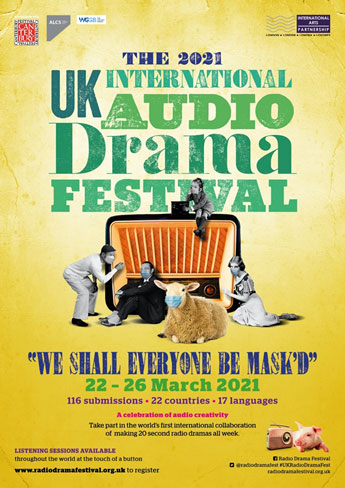 If there was ever a time for celebrating the power of radio/audio drama, it’s now.  Radio is enjoying a renaissance and has found itself at a new advantage as it adapts, evolves, innovates and connects people during lockdown.  The UK International Audio Drama Festival (March 22 to 27) celebrates and offers access to the best radio drama in the world.  Festival founder and organiser Jonathan Banatvala is available for interview.

The 7th UK International Audio Drama Festival is confirmed and will be going online in 2021 over a five-day period from 22 to 27 March 2021.   The festival is a national and international champion of the art form and the only festival of its kind in the UK.

The festival’s awards go to the producers of the best work – whether they are emergent independent professionals, established national broadcasters or the radio drama club at a secondary school.  All compete on equal terms.  The festival is proud that the major prizes have largely been awarded to this exciting but lesser-known work.

The festival aims to bring diverse work from across the world and provides a UK audience with the rare pleasure of listening to audio drama in other languages, supported by English language translations of the script.

This year’s theme from Shakespeare: “we shall everyone be mask’d  (Loves Labours Lost) has attracted 120 entries – its highest ever number of submissions and twice the number received last year – from 22 countries in 17 languages The festival is proud to have received an entry from each continent on the globe - making it a truly international festival.   Countries that have entered this year include: UK, USA, Belgium, Spain, Germany, Czech Republic, Ireland, Canada, Australia, Switzerland, Romania, Georgia, Lithuania, France, Serbia, Poland, Brazil, India, Austria, Nigeria, Egypt.

"Ironically however, in the best tradition of the theatre comedy, when one door closes another opens. Now is a great time to be listening to audio drama, as thousands of us around the world find ourselves at home and unable to travel; in what governments and press like, with a touch of drama, to call “lock-down”. It’s a great time to enjoy and celebrate radio drama, first because unlike so many other art-forms now bravely “going online”, it is the performing arts medium created for and dedicated to being played at home. The radio-play is made for this situation. And secondly, it is the art form that most magically defies the demand that we are shut-down and shut-in. All of us who work, make and listen to audio drama know that its greatest gift is that it will take you anywhere with any characters it chooses. Just shut your eyes.”
Jonathan Banatvala
Artistic Director

This year, festival organisers want to stay true to everything that’s best about the festival and its tradition of bringing international producers together – so as well as the more traditional listening sessions, they have come up with an innovative virtual way to promote collaborative creativity. Registered delegates will spend the mornings co-creating new 20 second short form dramas from around the world created in response to the pandemic.

The festival jury chaired by actor and writer, Jonathan Klaff makes two awards – for the best full-length entry and the best short form (under 7 minutes). In addition, anyone who has heard the work may vote for the “audience award” in an online poll. The jury is made up of professionals and audience members; anyone who can commit to the full week of listening is welcome to put themselves forward to join.

Online listening sessions are free to registered members of the public. An English language script is available for all plays; reading in English whilst listening in another language is an experience very similar to watching a film with subtitles.

“To find yourself … listening to a play in a language so foreign you can’t even recognise the individual words is a weirdly engaging experience.  If the play’s any good – the script, the acting and the recording – it will reach out and draw you in.”

Kate Chisholm, author and former radio critic of the Spectator

“So nice that the storyline of our radio drama, a very sensitive and painful theme for us, (as    you know the part of my country – Georgia is occupied), was so familiar for audience of different nationalities.”
ZURAB KANDELAKI, Winner of the 2019 Audience Award

We are delighted that this year’s festival has sponsorship from the Writer’s Guild and the Authors Licensing and Collecting Society. We are very grateful for their support.

The Festival is the UK’s only radio drama festival. It is the only European festival of its kind to be produced by an independent company rather than a national broadcaster.  It is produced by International Arts Partnership (Artistic Director Jonathan Banatvala) on a mission to bring audio drama in a range of languages and cultural styles to a UK audience.  We are proud that the festival’s awards have predominantly been made to emerging international independent producers.

Jack has worked in radio as an actor, presenter and writer for half a century. His radio roles have included Elgar, Wilde, Spode, Macbeth, Oberon, Byron, Jung, JFK, Neil Armstrong, The Count of Monte Cristo, The Sea Wolf and Quasimodo. Jack has presented for LBC, Radio London, Radio 3 and Radio 4.  As a radio writer, his credits include radio sketches, talks and dramas, including his solo show Nagging Doubt. His awards and nominations have included the Jack Hargreaves Prize for Innovative television, a Golden Rose of Montreux, a Herald Archangel for his one-man-shows, two Fringe Firsts, a Tinniswood for Radio Writing and two Sony Silver Certificates for Radio Acting.

We will be announcing the 4o shortlisted countries shortly: 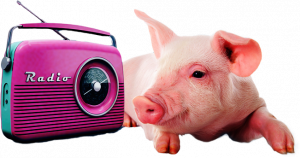 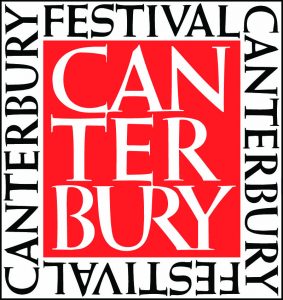 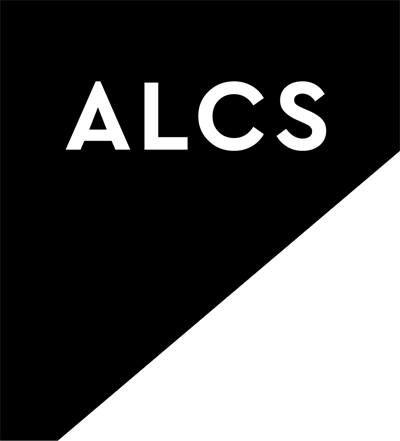